IMPLICATIONS OF EMERGENCY ON PLATEAU STATE

The Federal Government’s declaration of State of Emergency, which is to affect few local governments in Borno, Yobe, Plateau, and Niger remains unclear to many Nigerians as The Messenger Voice (TMV) found out.

President Goodluck Jonathan, who made this declaration in a New Year nationwide broadcast on the security challenges in the country quoted 305 (1) of the constitution, which empowered him to make the declaration and it was sent to the National Assembly for consideration.

Speaking with some political analysts in Jos, it is clear that President Jonathan took a different approach than President Obasanjo when he declared a State of Emergency on Plateau State over seven years ago. Instead of declaring it over the entire states, he restricted it to specific local governments.  Still, President Jonathan did not explain the details of the emergency action. No one knows if the president plans massive deployments of security forces to the area. Some Birom natives are also concerned about the deployment of Hausa military officers to their villages since they are part of the jihad, which forced the emergency, 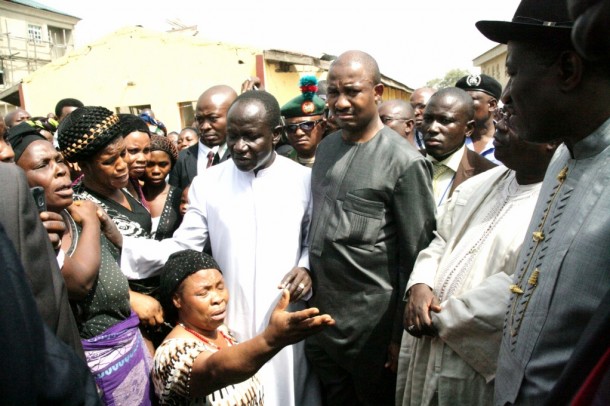 President Jonathan also urged the political leadership of the affected areas to give maximum cooperation to law enforcement agencies deployed to the affected communities to ensure that the situation is brought under control within the shortest possible time. He also said that the closing of Nigerian borders is a temporary measure aimed at restoring lasting peace. However, Jonathan did not explain how the federal government would root out large contingents of Hausa jihadists from neighboring Niger, Chad, and Cameroon Republics.

Reacting to the declaration, Gyang Pwajok of the Pleateau State government said they are still awaiting further clarification from the federal government. Nevertheless, Pwajok said that the declaration would help curb attacks on vulnerable Plateau villages.