Operation Rainbow, the security initiative undertaken by Plateau State and the federal government graduated 1700 operatives on Thursday, 21st January 2011. The Nigerian Police, Civil Defense, Drug Law Enforcement Agency and the Immigration Services subjected the graduating class, who are mostly from the southern part of Plateau State, to two weeks of information gathering techniques.

Meanwhile, a law to back the Plateau State neighbourhood security network is to be enacted. This was made known when the State Coordinator of Operation Rainbow, Air Vice Marshal Danbaba Bala (RTD) disclosed this yesterday during the graduation ceremony of the class at the Zang Commercial Secondary School.

While charging the graduating operatives to work closely with people in respected communities, Danbaba Bala also said that the group would be involved in a lot of intelligence gathering. He also enjoined them to imbibe the virtues of humility and discipline in the discharge of their duties so that they could expose criminal activities in their wards. 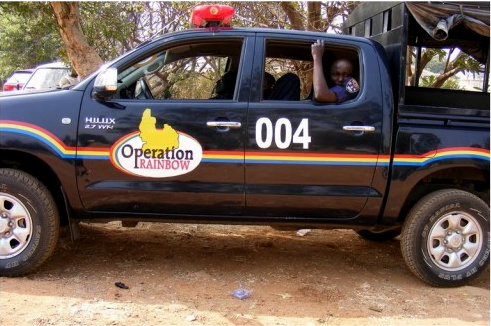 It should be noted that Operation Rainbow graduated a higher number of operatives from the Northern and Central zones December 22nd of last year.