While character assassination can be frowned at today, people like Hitler who committed crimes against humanity were ferociously vilified by their contemporaries. For this reason, we should have no problem ridiculing modern leaders who engage in heinous crimes against humanity, especially when it involves the mass murder of people including children. 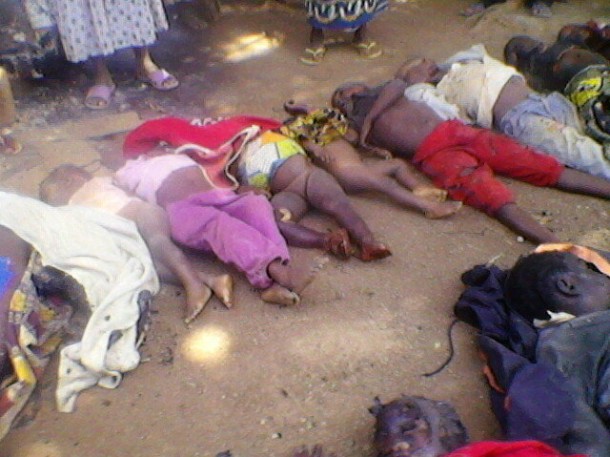 Before directing comment at our subject, this pertinent fact most be considered. One of the genius of the modern Hausa Jihad against Nigerians in the Middle Belt and the North is that there are no personalities to be held accountable for the heinous crimes. If the perpetrators were conspicuous, the world would have vilified and hauled them before the international criminal court for trial.

When you carefully scrutinize the jihad however, finger prints of its leaders are visible in broad day light. To help our reader identify them, it must be noted that Boko Haram, the most visible of the Jihadist, only came into prominence after Hausa Governors created an Islamic army in 2001. Headed by governor Sani of Zamfara State, Hausa leaders founded and funded groups of jihadist in anticipation of their next move, the declaration of Sharia law.

It should therefore take no peculiar intellectual ability to understand that the Hausa creation of an Islamic army and the declaration of sharia law marked the beginning of this current Jihad. You should also know that this campaign is the continuation of Uthman DanFodiyo’s brutal jihad which Islamized the North over a century ago.

As this jihad has continued, the world has failed to see the connection between the core demand of Nigerian jihadists today and the goals of Hausa leaders ten years ago. Also, Boko Haram has demanded the nationalization of the very same sharia law which was established by the Hausa. Better yet, the world has failed to see that Boko Haram is doing exactly what Governor Sani and his fellow Hausa leaders set out to do, create an offensive Islam army to expand their political domain though they claim to be defending Muslims.

But even worse than the above, the world has failed to see that Boko Haram is only one among the many terrorist organizations that were created by Hausa leaders to expand Islam to benefit Hausa politicians. That is why the leader of Nigerian Muslims, Sultan Saad Abubakar has openly said, not every terrorist act in Nigeria is committed by Boko Haram. It is also worth noting that Mallam Sale Bayero, a Hausa leader who is connected with the Sultanate justified the massacre of the Birom people while protesting the arrest of the Fulani murderers in Plateau State of Nigeria– referenced from THE SUN NEWS edition of Friday March 12th, 2010.

Speaking of the Sultan, it is important to note that he has endorsed various initiatives undertaken by Hausa leaders to advance their political agenda via Islam, even when they claim Nigerian lives. Since the Sultan is the leader of Hausa leaders and their initiatives have ushered mas murder, this question must be asked: Is he Sultan or Satan? The correct answer is SATAN, with piercing horns and blood sucking fangs for that matter!