On Friday, February 24th, 2012 the Plateau State government distributed vehicles worth hundreds of million of naira to citizens under the Tackling Poverty Together Project (TPTP). In a brief ceremony to mark the event, which was held at the Government House, the Commissioner for Works, Chris Hassan, who is also the chairman of the planning committee said the program was designed to remedy the ongoing transportation hardship and to empower the state citizens.

Hassan maintained that the 100 mini cabs and 14/18-seater buses procured by the state government have been numbered and assigned to specific routes within Jos and Bukuru metropolis. If the beneficiary deviate from their assigned routes, they will be arrested and prosecuted by security agents who have been briefed about the program. He also said that 70 percent of the mini cabs and buses have been designated to routes within Jos while 30 percent are assigned to the Bukuru area.

The TPTP program is a partnership with Zenith bank, with beneficiaries expected to open accounts and advance a 10 percent payment of the vehicle cost to participate. Thereafter they were given a one-month before starting an installment payment. The payment is expected to complete in two years, after which the beneficiaries will assume its full ownership. The cost of the bus was put at 5.75 million naira each, while the mini cabs are 2.7 million naira each. 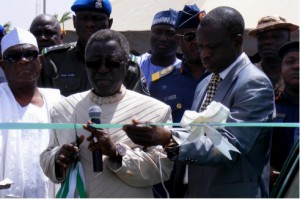 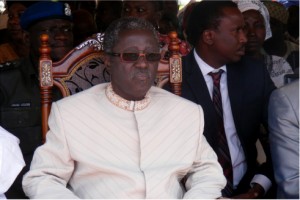 At the inauguration of the program, the state governor, Jonah Jang noted that the poverty level has risen 25% since 1990. He also said that the beneficiaries were selected irrespective of political party affiliation, religious or ethnic backgrounds. Jang also announced a waiver of the 10 percent advance payment for the beneficiaries who could not come up with the money. Jang also announced that the state government would soon embark on major road construction projects which include a fly-over bridge at British/American junction, Secretariat junction, Old airport junction and Miango junction. Meanwhile Governor Jang said that his poverty alleviation plan will include other critical sectors of the economy including agriculture, health and education.